What choo doin this weekend? We’ll tell you what’s poppin. Our Iron City Sound Ambassadors are heating things up this weekend and playing some shows around town. Dream Job opens for Red Wanting Blue at Club Cafe Friday and 1,2,3 teams up with local favorites Meeting of Important People. We wanted to give you the heads up and throw our boys a bone here. They deserve it.

Dolson / Dream Job / Red Wanting Blue / Club Cafe / Friday, January 6 / 8PM
You already know we love Dream Job. We’ve covered them in the past and they’re one of our Iron City Sound Ambassadors. They’re opening for Red Wanting Blue, a rock band from Columbus who is widely known across the US as an explosive live act to follow, averaging between 150 and 200 live shows a year. They’ve released eight studio albums over the span of their career and their new album, From the Vanishing Point drops on January 10, so be prepared to hear some new songs if you’ve been following the band.

1,2,3 and Meeting of Important People / Brillo Box / Saturday, January 7 / 9:30PM
We interviewed MOIP a while back and have always been a big fan of theirs. We’re thrilled to see them teaming up with Iron City Sound Ambassadors 1,2,3 for a bangin’ local show that is sure to sell out. So get there early, kids, because you aren’t getting in otherwise.
We couldn’t be more proud of the fellas, who had a feature in this week’s edition of the City Paper written by none other than our very own Patrick Bowman AKA Bonus Chopper. They also released an EP recently, featuring lullabies. Way to show your softer side, fellas! They’ve been appearing on “best of 2011” lists lately, so expect a lot from them in 2012.

If you want to have a fantastic weekend filled with great music, we recommend both of these shows! 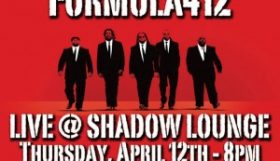 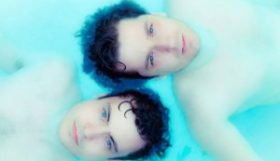