On May 30th at Thunderbird Cafe, the First Pittsburgh Musical Saw Festival will kick off in celebration of the unique and historical instrument known as the musical saw. If you already love the ethereal wail of the saw or you’re just curious about what the heck a musical saw is, the festival will be featuring it in all of its glory. The musical saw has a long history in American folk music with roots in the early 19th century in Appalachia. By the 1920s it reached mass recognition as vaudeville acts like the Weaver Brothers began incorporating it into their acts. Today many folk and bluegrass bands will feature the musical saw in their compositions. During the Pittsburgh Musical Saw Festival three local acts and one special visiting act will demonstrate the haunting tones of the saw during their performances. Each band utilizes the saw differently in their set, so you will experience the versatility of this novel instrument.

Roe Family Singers – from Minneapolis, Minnesota. This Americana group plays original indie folk with an old-timey sound, and has won the title of “World’s Best Jug Band” in 2010 and 2012 at the Battle of the Jug Bands, as well as the prestigious McKnight Foundation Fellowship for Performing Musicians.


We encourage you to check out the Pittsburgh Musical Saw Festival and this one of a kind lineup. It starts at 8:30 and the cover is only $5. 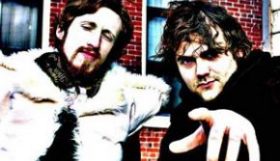 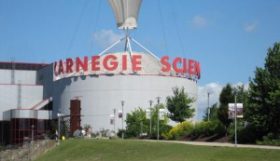 21+ Night at the Carnegie Science Center