Femcee Kellee Maize has never been one to do things traditionally. She was approached by a couple of major record labels after the release of her second album, and chose instead to forge her own path utilizing the infinite reach of the internet. All of her music has been available for free online, because her goal with her music is to ‘change the world’, not to get rich.Â  She defies her genre’s stereotypes, as a white female rapping about yoga, crystals, and peaceful revolution. So it’s no surprise her first cross country tour is anything but traditional.

The Owl Tribe Tour is unscripted, with only four scheduled shows throughout the month long excursion. Â  Designed as a guerrilla ‘pop up’ tour, Kellee will cross the country with a band of females dubbed the Wumanity Clan. Their goal? A social experiment of attempting

to ‘be the change they wish to see’: eating a primarily raw local diet, creating an internal gift economy, and sleeping on the earth when possible. Describing their work as creating Â mobile â€œtransformation stationsâ€, they plan to â€œpop upâ€ wherever they are led to offer Kellee’s music, community yoga, dance, Reiki healings, handcrafts, healing food and more. The tour will also celebrate the upcoming launch of her fourth album Owl Time and her new ‘open at random’ book of inspiration featuring excerpts from her lyrics, titled Integration.

The Wumanity Clan that will accompany her on the journey, consists of healers and artists from across North America. The clan was inspired in part by the Wumanity Earth Native Church focused on sacred plant medicine and Kellee’s childhood icons, the Wu Tang Clan. The tour title comes from her fan community, the Owl Tribe, as well as the indigenous medicine of the owl, as the owl represents bringing an end to things that no longer serve us, feminine energy, wisdom, intuition and seeing through darkness or deception.

The tour kicks off on Sunday, September 2 at Evolvefest, one of the top ten yoga festivals in the world, in Phillipsburg, NJ. Then the group will hit the road popping up in cities like Baltimore, Atlanta, and Memphis, before their next ‘official’ performance at the Wisdom of Origins Conference in New Mexico. A full schedule is available here. If you want to check out the Owl tribe, don’t despair, the tour wraps up with a set at Glowfest in Morgantown on September 28th, followed by a local performance in Pittsburgh at the Spirit Expo on September 30th and the Union Project.

Check a little Kellee Maize video out below, or go to her YouTube Page, she has over a dozen videos to peep there! 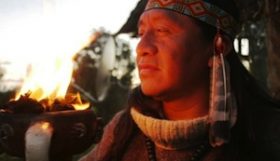 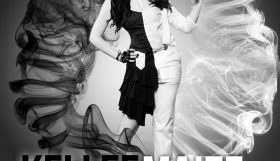