Aly Spaltro, AKA Lady Lamb the Beekeeper has an impressive story. She honed her musical talents over a period of five years in Maine where she’d practice at a video store she worked at every night after she closed down the shop – “Each night, after locking up, she’d walk past Drama and Horror, pull out her music gear from behind a wall of movies, and write and record songs until morning broke. She did this every day, drawing strength from the monotony of her routine.” Now, with a record deal from Ba Da Bing and the recording of her debut album, Ripley Pine, under her belt, Spaltro is in the midst of a world tour of sorts. She kicked things off May 9 with dates in North America through mid-May before she takes off to Europe and then returns to this side of the world to end her summer in Raliegh with a string of dates at the Hopscotch Music Fest.

Equally impressive as its scope are the variety of artists this tour finds her accompanying, which includes Neko Case, Xenia Rubinos, Torres and more. Her influences include Kate Bush, Stevie Nicks, David Bowie, Diana Ross, Mama Cass, Otis Redding, George Harrison, David Byrne and Lauryn Hill. Stream two tracks from her album – “Rooftop” and “Bird Balloons” to get a taste of what her sound is like.

Lady Lamb the Beekeeper is poised for a great career, and you can be one of the first to see her at Garfield Artworks before she’s a regular on Pitchfork (they’ve already given her debut album a 7.8 rating) or spewing nonsense on Twitter to an audience of one-million +. She’s already booked for a show at Smalls in July alongside Thao & the Get Down Stay Down, so capitalize on your hipness and be there Friday. Show and doors are at 8. 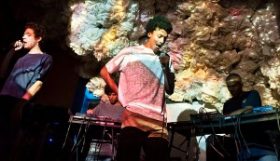 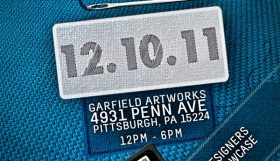