LA Riots â€“ You mighta caught them at this past summer’s Identity Festival. A group named for their aggressive and rebellious sound, the dj duo blends elements of techno, house and drum & bass. LA Riots has toured with The Crystal Method and MSTRKRFT in 2009 and were named one of Winter Music Conference’s â€˜Break Out Stars’ by Beatport in 2010. They’ve produced tracks for Kylie Minogue and remixed the likes of Weezer and Lady Gaga.

So what are these cats all about? They formed on the 15th anniversary of the 1992 LA riots. Praised for their unique approach at the time, LA Riots paved their way through the deejay scene with a vengeance. They toured as support for MSTRKRFT and the Bloody Beetroots in 2008 and The Crystal Method in 2009. More about their approach can be summed up easily on their Facebook page:

“LA Riots have reinvented a sound that melded influences of techno, house and drum n’ bass. The fans received their productions with open arms, the world took note, LA Riots had arrived. They accomplished what eludes so many in the genre; maintaining their underground credibility while remixing some of music’s premier pop and rock labels. So far, the formula has worked. Over the years their broad musical scope has led to plays from the likes of Tiesto, Justice and Afrojack to name a few. These accolades from fellow DJs have put them on the speed dial of A&R teams to shine up pop and rock remixes for major labels such as Warner Bros., Virgin, Tommy Boy and Interscope. LA Riots production is varied, but their quality control and precision in the studio creates a big room sound that translates the party straight to the dance floors.”

Pretty dope, huh? You’re in luck, cos they’re coming to the Pgh tonight and if you’re into this sort of thang, you should check it out. Yea? If you’d like to check them out beforehand, you can download some of their music here. You can listen here. And you can check out some of their performances here. See you there, Pgh! 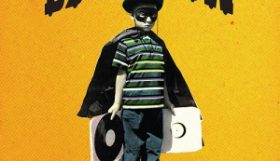 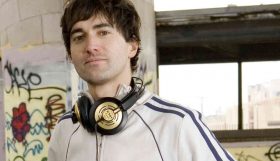