The summer concert season is quickly approaching. Before you know it you’ll be sun-drenched, sweaty, and wearing sandals while sitting on a blanket in the grass listening to live tunes. The Three Rivers Arts Festival recently announced their line-up for the 2012 season, marking the beginning of another summer of free shows at The Point. To get in the summertime spirit, we appropriately asked our ambassadors to pick their favorite outdoor show they’ve had the chance to see in Pittsburgh. Here’s what they came up with:

Dave from Dream Job: I’m showing my age with this one, but my favorite outdoor concert ever was Lollapalooza III at Star Lake Amphitheater. This was back before large festivals like Coachella and Bonnaroo were the norm, and it was back when Lollapalooza used to tour cities before it turned into the annual 3-day festival it is now. It was right after Rage Against The Machine and Tool had just released their first albums and were still relatively unknown and they opened the show. When that year’s lineup was announced, I had went out and bought their CDs so I could check them out ahead of time, since Perry Farrell always had a knack for finding great new bands. I was blown away by both albums, and made sure to get there early to see their sets. Rage played first, around noon, while the place was still half empty, followed by Tool – whose set was cut short when Maynard half-jokingly announced that security said it was okay for everyone up on the hill to come down into the pavillion. My girlfriend at the time and I, along with about 2,000 other kids charged about 50 yards down the hill, and bum-rushed the pavillion, jumping the railings past the handful of overwhelmed security guards and made it up to the front row for one song before they stopped the show.

After they cleared everyone out, Dinosaur Jr., Royal Trux, and a few other great bands played throughout the day. Then, as the sun was setting, the band I was most eagerly anticipating took the stage. At that time, I was obsessed with Alice In Chains and thought Layne Staley was about the coolest MF on the planet. The Dirt album had dropped, the grunge scene was in its prime, and AIC was the hottest band in the world that summer. Layne said a few words to dis Pittsburgh and ragged on the Penguins or something, and then a large transparent curtain that had been at the front of the stage dropped as they launched into their set. Immediately, the place erupted into like 50 mosh pits, and I must admit, I voraciously joined in. (I was young, and back then, it was still cool to mosh) A few songs into their set, kids started ripping large chunks of sod from the ground and throwing them around, and pretty soon everyone started doing it. There was sod flying everywhere, back and forth across the field. It created a dusty haze over the heads of the crowd, and I remember at one point stepping back and looking down from the hill over everything, with the sun setting through the haze, and sod chunks flying everywhere and well-executed mosh circles while Alice In Chains killed it, and soaking it all in, and feeling the sense that although music trends come and go, I was experiencing a once in a lifetime concert that, in hindsight, kind of defined my generation and my youth.

As if things couldn’t get any better, the true headliner was Primus, and they absolutely murdered it. It was dark by the time they played, and at this point people had started lighting piles of trash on fire. There were about a dozen bonfires going in the crowd with people dancing and moshing around them, and sod chunks still flying, and peoples’ faces covered in dust and mud and sweat having a total blast. It all felt very primal, and tribal, but with a communal vibe. I think a few years later, similar things happened at Woodstock, but at the time, I had never seen anything like it before… and unlike Woodstock, security left us alone, and nobody got hurt.

Jesse from Bear Cub: On Sunday August 24th, 1997 I saw Wu-Tang Clan open for Rage Against The Machine at Post Gazette Pavilion (formerly Star Lake Amphitheater). I was a massive fan of both acts at the time and still listen to Wu-tang every now and again. I remember Zack de la Rocha was super pissed off and Ol’ Dirty Bastard got arrested onstage about 3/4 of the way through Wu-tang’s set for punching someone in Cleveland the night before or something. I smoked pot with a dirty, dirty hippy lady, which sounds about right. The concert tickets were to be part of my 16th birthday present, which was nice and all but I asked for a car. Great show and concert-going experience overall.

DJ Bonics: There have been so many! I can name three shows that were definitely memorable. Sometime in the early 2000s while I was working at WAMO I was able to snag tickets to see D’Angelo. I don’t think that dude even tours anymore but I was completely impressed. It was incredible. The show was held in Station Square at what was then called The I.C. Light Amphitheater. I can’t remember exactly, but he had a full band and was dancing around the stage like he was James Brown!

The second memorable show that hit me was seeing Phish, I believe it was in 2003. I had gotten a job the previous year with what was Clear Channel Entertainment and pretty much had access to every concert venue in the city. CCE hit me and my street team partner with box seats to see Phish. It was apparently one of their last shows because earlier that year they had announced retiring. (They still continue to tour.) I’ll admit I had some party favors and it was one of the best concert experiences of my life. Never had I ever been to anything like that. Even with all the apparent drug use by the audience, the fans are there for the music. It was a wonderful thing. Fans of Phish had said that that was one of their best shows of all time. I always thought to myself that Phish played for me that night. They fueled my passion to be in this business.

The third notable outdoor concert that I have seen in Pittsburgh was the seeing The Wailers at a University Of Pittsburgh show. Me and my music group at the time “Mind Boxing Alliance” had won a contest to open up for the Wailers at the Bigelow Bash. The honor to share the same stage with some of the original members of The Wailers was one to remember. I remember that day being a blue skied sunny day. At some point it started to flurry and it just made for a magical musical moment. I had also found out that Bob Marley actually played his last show in PGH before he died. So add it up. It was truly an amazing day. Each three of these concerts were so influential to me and each were in Pittsburgh during the early years of my career. What a joy!

Kellee Maize I think the Three Rivers Arts Festival always has amazing outdoor concerts. They are free, which is a huge bonus, and, I always get amazing hummus and tabouli and indulge in a fried Oreo, which makes the experience that much better. I used to work in a City Paper booth for a few years so I have seen so many, it is almost a blur. I saw Margot B for the first time there…she was so young then. She blew me away! Formula 412 had an amazing show, as usual. I really love when they have reggae music too. It’s good for the soul to be outside and dance to reggae!

Josh from 1,2,3 has been on tour all month, so we’re letting him off the hook. Instead, why don’t you ask him what his favorite outdoor show when 1,2,3 plays a free show this Friday at The Rex! 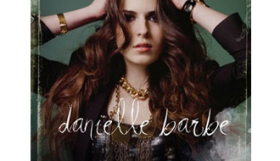 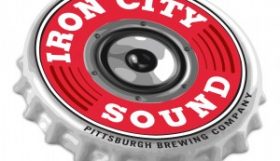 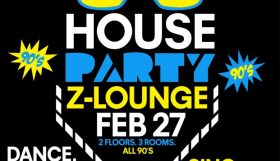