Consider yourself warned, folks. If you haven’t taken Thursday, or at least the first half of Thursday off from work, do it now. The lovely boys of FUZZ and Humanaut have decided to throw a banger on a Wednesday night, featuring a blog favorite – Claude Young! Yes, he’s back, and this time he’s brought a friend. Takasi Nakajima has teamed up with Mr. Young to bring you one of only three US dates for their Different World tour. Pgh, you should feel honored. And then you should get your azz to the BBT to dance like you’ve never danced before on a Wednesday night.

It was only two short months ago that Claude laid down a banger of a set, tag teaming with local Shawn Rudiman at Belvedere’s. This event was given a rare 5/5 rating by Resident Advisor. Now that’s something to brag about. Hop on over here to listen to the set, which was featured in a recent Humanaut podcast.

Wednesday’s event wouldn’t be possible at all if it weren’t for the wonderful camaraderie shared between the FUZZ! and Humanaut boys. FUZZ residents Adam Ratana and Preslav Lefterov are a part of Pittsburgh Track Authority (PTA), the evening’s opening crew. Rumor has it they entertained the thought of having a FUZZ resident open up with drum and bass or have Sight Unseen play, but PTA was the better fit. If you’ve been lucky enough to catch one of their recent live sets or deejay sets at Eclipse, then you know the right choice was made. In the words of cute patoot Humanaut deejay and curator Aaron Clark,

“I should also mention that these guys (Claude + Takasi) are not the kind of techno that may immediately come to mind. They’re playing an 8 hour set in NYC at Bunker that is going to jump all over the musical spectrum. Hip hop, house… they have very aggressive mixing, and it’s a style that anyone can appreciate. Even the hardest core DnB folks. It’s the only reason we thought to do it at the BBT.”

FUZZ assures loyal DNB fans that regularly scheduled programming will continue from this point on. They wouldn’t leave ya hangin! Trust the folks who have been bringing you quality DNB tunes for 10+ years. It’s also interesting to note this isn’t the first time FUZZ has ventured out of their comfort zone to promote a musical endeavor, as they collaborated with the VIA folks and 720 Records to bring in Onra last March. Another quality show put on by quality peeps! I can just feel the love oozing out of this post. 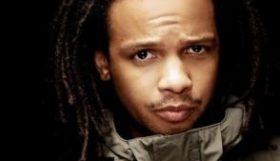 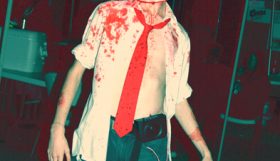 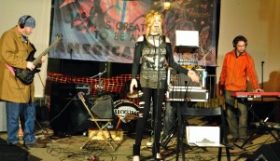 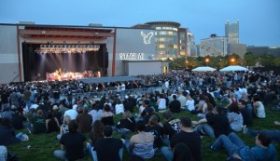