PGH has been stepping up it’s game in the world of electronic music as of recent, which has made itself evident with the arrival of Cut Hands, who will be playing tomorrow at The Shop, Bloomfield’s DIY music space that’s as rough around the edges as the music it hosts. William Bennett of UK noise/industrial legends Whitehouse brings us his latest project, Cut Hands, which he founded in 2007 to “experiment further with his obscure collection of Ghanaian percussion instruments in free-form work-outs alongside other types of (genuine) sound experimenting.” This project brings together eight years of recordings which are culminated in 2011’s critically acclaimed and best-selling release Afro Noise I. The music of Cut Hands has also served as the soundtrack to various documentaries shown on CNN, such as 2011’s Siberia: Krokodil Tears and Inside Syria, 2010’s Mandingo and 2009’s Liberia.

A classically trained musician at the age of 18, Bennett was a founding member of Whitehouse, an original pioneer of extreme electronic music, in 1980. In addition to current extensive work on the â€˜afro noise’ project involving the experimental use of African percussion instruments, he has been involved with his mass hypnosis experimental project, Extralinguistic Sequencing, which premiered at the Tate Britain in late 2010. A specialist in extralinguistics and unconscious communication skills, he has also done talks at arts/music festivals and related institutions in the UK, Japan, USA, Australia, and Sweden. His most notable appearances include Film Akademie (Germany), Edinburgh University, Tate Britain, CCA Kitakyushu, Yokohama Arts Triennale, T-Mobile (Germany), Ogilvy Mather (Germany), amongst others.

With jarring sounds and often offensive themes and content in past works, Bennett’s latest release shows no sign of continuing to push listeners’ boundaries: “Nonetheless, Cut Hands is one of the only truly thoughtful responses to the question of where Noise can go next, because it at once breaks with and continues it so profoundly. Afro Noise I is a remarkable record, whichever way you look at it, and it will be interesting to see how Bennett’s dedicated fans react to it. If he no longer says anything out loud, it’s because he doesn’t need to. Menacing, intricate and every bit as cerebrally scarring as any viciously dark synthpolemic, the sound does the work for him.” – Nina Power The Wire June 2011

Support for this event includes one of our faves, TM Eye, who we haven’t see in quite a while! If you recall, our first post ever included these cats! We also interviewed 1/2 of TM Eye, Preslav Lefterov back in December.

Full deets on the event can be found here. Tickets are available for purchase at Mind Cure Records and Sound Cat Records. 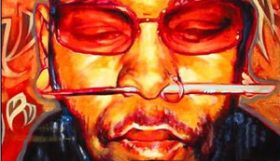 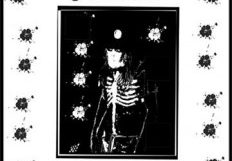 One Response to Cut Hands, TM Eye & Trogpite at The Shop