Dave, an Iron City Sound Ambassador from the band Dream Job, has organized a unique and exciting music event that pairs local artists who might not otherwise perform together for a night of music that’s sure to be memorable and fun. They’re taking over the Shadow Lounge in East Liberty, one of our favorite spots for live music in the city. The event is called CROSSPOLYNATION and it will pair up some of Pittsburgh’s best live bands with some of the hottest MCs and deejays in town. Each pair of artists will be collaborating on sets, â€œmashing upâ€ each others’ music. According to Dave, “The initiative is to combine and cross-pollinate styles and scenes, and encourage collaboration and solidarity across the landscape of the Pittsburgh music scene.”

The lineup for the night includes:

Lovebettie vs. Commonwealth Family
An energetic, female-fronted rock band that claims to be the pioneers of “swagger rock” paired with a crew of local rappers.

Triggers vs. Keeb$
A pop/indie rock band paired with one of Pittsburgh’s premiere party deejays and one-half of the Lazercrunk crew, known for their monthly Brillo Box dance parties.

Dream Job vs. Tracksploitation
The soulful, folky Iron City Sound Ambassadors paired with a futuristic deejay duo who have been gaining a lot of momentum in the local scene.

The event kicks off at 10pm and tickets are $8. 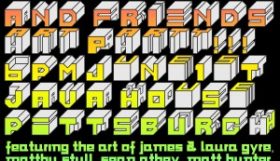