As one half of the Pittsburgh MC duo Varsity Squad, Beedie plays an excellent foil to his partner-in-crime Jon Quest. Quest’s flow is a husky draw capable of subtle changes in tempo that propel his verses with an unusually captivating energy. Beedie’s vocals, on the other hand, breathe and contract more noticeably, letting the air in between couplets with drawn out syllables and the casual asides of man who appears to enjoy his kush but isn’t completely consumed by it.

With that in mind, Beedie’sÂ The Beat Bully LP is an interesting listen. Â His third solo effort does a solid job showcasing his strengths and revealing a dynamic performance that is usually tied to a tag-team approach (Quest only appears on three tracks). It doesn’t hurt that he enlists some of Pittsburgh’s best producing talent (DJ Vex, Buscrates 16-bit Ensemble and Shade Cobain, among others) to man the boards. The DJ Vex-produced “Beedie Sings The Blues” wins best of show here, pairing Beedie’s cutting calls to action (“so holla back if you wan get it on,/ because bitch I’m like a bishop and these dudes are all pawns”) with squealing guitar solos, pulsating strings and a breakbeat that doesn’t stop. The download link for the whole album is below so make sure you take a listen. I imagine Jon Quest will be following up soon with mixtape of his own, so be on the watch for another Varsity Squad joint before summer’s end. 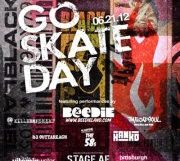 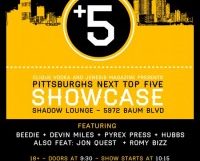