Tune In to Local Talent on WRCT

Back in 1949, an ambitious group of engineering students and professors joined forces to explore radio at Carnegie Mellon University. In just a few short years, the group was broadcasting radio to nearly half of CMU’s academic buildings on campus.

It was then they formed WRCT (88.3FM), a volunteer radio station made up of students, staff, and faculty that began connecting the public to their live radio broadcasts, music, and more. And 60 years later, the movement is still going strong.

WRCT’s freeform culture and makeup of talented individuals makes it arguably one of the best–if not the best–radio stations in the city. Organizers and curators put forth immense efforts to provide quality, original content for their listeners–from ethnic beats, to outreach programs, to educational topics, and more.

WRCT’s DJs, Public Affairs hosts, and other staff members make up a wide range of talent–from Carnegie Mellon students, staff, and faculty; to radio vets and community members from the Pittsburgh area. Each individual is a component of the station’s eclectic, on-air culture, and many bring forth several decades of experience with radio in Pittsburgh–whether they’ve had a long-standing history with the station, or in the local community. With that, comes a versatile selection of shows that are well worth opening your ears to, created by a collection of individuals who’ve built up radio culture in the ‘Burgh and emulated our city in a positive, creative light.

We’ve compiled a short list of WRCT’s local radio shows our readers will definitely want to get on board with. Read up on them below and be sure to tune in: 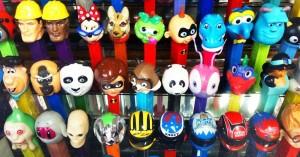 A Way With Words

A Way With Words

With over a quarter-million listeners per week via podcast and on-air, this lively hour-long segment touches on topics in language through history, culture, and family. A Way With Words will school listeners in a multitude of cultural language topics including: slang, grammar, old sayings, word origins, regional dialects, family expressions, and speaking and writing well. Tune in as co-hosts Martha Barnette and Grant Barrett settle disputes, play word quizzes, and discuss language news and controversies while talking with callers from around the world. 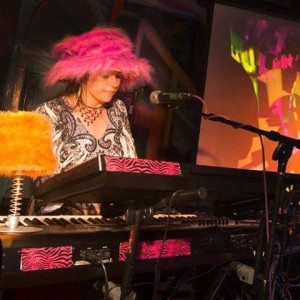 Get hype on hump day for Couch Dancing with DJ Firefly, who’ll be playing an eclectic mix of “funky deep psychedelic music n’at” to pull you out of your midday slump. You can catch DJ Firefly spinning live at local venues around the city for monthly showcases and more, including the Cured pork party at Remedy, where she currently hosts the First Friday installment with DJ Jarrett Tebbets. Also be sure to check out her website for where and when you’ll catch her next!

Pull up a chair for an audio feast of melodic beats to lull you into your weekend groove. From 9-11 on Thursday nights, Breakfast for Dinner serves up a selection of harmonious sounds ranging from power pop, punk, psychedelic, and anything that feeds the mind.

Operated by radio host Kenny Joe, Pinkney Hall features an array of “tender little ditties that lighten the heart, sharpen the mind and embolden the spirit.” Tune in each week for a new theme, as music played emulates the topics at hand. Themes so far have ranged from cover songs to prison songs; Balkan Brass beats to Songs of Affirmation, and many more to come. Stay tuned for what’s in store, and feel free to call in requests during the show at 412-268-9728.

Zombo in your Brain 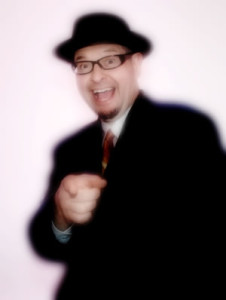 Catch veteran DJ-producer Zombo on the air Friday afternoons for a wide variety of sounds ranging from 1920’s Jazz to the many genre styles of today. After almost 2 decades on the radio and a stacked client roster (Mayor Bill Peduto, The Warhol Museum, PNC Park, etc.) Zombo is sure to bring the heat and get you stoked for your weekend activites.

Get geeked on Friday nights with DJ Dulcolax, who’ll be dropping heavy, bouncy tracks to move to. Featured sounds and genres hold no limits, and you’ll hear everything from jazz, to j-pop, to breakbeat and trap; plus art pop, video-game soundtracks, experimental and electronic music, and more.

Established right here in Pittsburgh, the Saturday Light Brigade is one of the longest-running public radio programs in the country. Every year, SLB features over 50 professional performers, 150+ youth musicians and actors, and interviews with more than 100 family and youth-oriented nonprofits during their weekly six-hour radio program. Tune in for acoustic music, live performances by youths and adults, participatory puzzles, on-air telephone calls, and interviews with other community-based nonprofits serving youth and families.

Record label, event host and artist collective, DETOUR, was also born at CMU, during time sharing their talents on WRCT. Since then, their weekly dance radio show “resides at the crossroads of house and techno,” with a burgeoning artist lineup and exceptional guest talents featured each Saturday. With each installment, DETOUR co-ops Gusto and Naaem hope their listeners get lost in the mood while they get down to good music.

Pittsburgh transplant Elias Menninger–a.k.a. DJ Alias–relocated to our city from D.C., craving a new experience. Shortly after, came the birth of his radio show, Factory Sounds: a Saturday night installment created by Menninger to capture the “harder side of house music,” and what he hopes will emulate the steadfast endurance and persistent strength our come-up city represents. Check him out on Saturday nights for your weekend pregame, and be sure to hit him up if you’d like a guest DJ slot on an upcoming show!

Kick back and tune in for a chill sesh of In-Studio Creatures: a live sound and speaker series held on Sunday afternoons. ISC includes everything from in-studio performances, to interviews with music-makers, to poem-readers and storytellers. The show also features an array of guest appearances from unique characters–be it cyborgs, swing-dancers, slam-dunkers, gate-keepers, or “crusty, crusty creatures.”