Freelance illustrator, Pittsburgh Magazine‘s 2011 “best local artist” and all around good guy Matt Gondek is turning 30 and opening a storefront in Upper Lawrenceville on Butler Street this Saturday. He owes much of his success to his fiance, Bekah. “She’s the one that convinced me to quit my 9 to 5 a few years back and do what I love doing. If I wouldn’t have listened to her, I’d still be wondering “what if” in a cubicle.” It goes without saying that Matt has much to celebrate as of late, and he’s inviting all of his friends, acquaintances and colleagues to share the experience. His store, The Frown Crown, located at 5169 Butler Street, will hold its Grand Opening this Saturday from 7 to 11PM. Admission is free and complimentary drinks will be served. Outer space DJ duo Tracksploitation will be providing the soundtrack to the affair.

This design studio and clothing/art boutique acquired its name through a long history with Matt and is something he’s been using for about six years now. “The first time I drew the Frown Crown was a complete spur of the moment thing to impress a girl. I’d been dating someone that had access to their rooftop downtown, and one night she mentioned we should go on the roof to spray paint stuff. When we got up there I had no idea what to paint, so the first thing that came out was the Frown Crown. At first there were just a ton of stickers plastered all over, but as I began doing more illustration work for clients I began hiding it in the artwork. When it was time to open a store, calling it The Frown Crown was the only logical choice for me.”

Matt’s work can be seen on MTV, Hot Topic, the NBA, The Ultimate Warrior, snowboard companies, and hundreds of bands. His beginnings lie in doing freelance illustration for a band’s merchandise. They were signed to a major label and continued using his designs until they made their way into national retail. Now that he’s quit his full time job to illustrate full time in his home office, “Opening a store just seemed like the next step. Owning an actual place where people can stop by and see you seemed like a good way to solidify what I’ve been trying to do the past few years.” His recent work can also be found via his sports-themed Jock N’ Roll clothing line and now-defunct Wonderful Life line, whose designs can still be seen floating around on a tee here and there around town.

Opening a space in Lawrenceville right on Butler Street is not only a matter of convenience for Matt, who lives 3 blocks away, but also an effort to contribute to his up-and-coming neighborhood. ” Lawrenceville is a great place to open something like this. A couple months back my buddy Vince (Masi) got me in on a pop-up shop he did in Lawrenceville, and everyone involved saw how much potential it had. After that my mind was pretty made up. It took a few months, but eventually it began to fall into place.” Many of the same brands represented at the pop-up shop in Lawrenceville will be sold at The Frown Crown – Grand Scheme, farESH, WRK clothes, Penny Candy, Street Heart, Forbidden Ink, Daily Bread and his own line, Jock N’ Roll. He’s also a huge admirer of Mishka and went after the brand along with a few other prospects.

After launching his store, Matt is looking forward to completing his DoodleBash project, in which he drew one of his friends for each day of the year. “It was a great idea in my head when I started, but you wouldn’t believe how long it takes to draw 365 people.” He’s also working on expanding Jock N’ Roll outside of Pittsburgh. “Right now we only rep the Steel City, which is bad for me because I’d really love to start drawing these other teams’ mascots. Not that I’ll ever turn my back on Pittsburgh though. I’ll always keep the best artwork for here.” We wish Matt the best of luck in his endeavors! 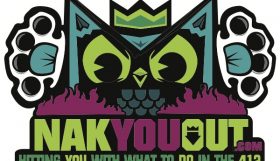