This fella to the left here is none other than Matthew Ciccone, one of the primary founders of Pgh-based GTECH and the owner of boutique real estate company Edile, which is focused on developing the neighborhood of East Liberty. One of Edile’s projects, The Beauty Shoppe, has been getting consistent attention from publications such as the Pittsburgh Business Times and the Post-Gazette. We decided to sit down with Matt to ask him a few questions about his background and what’s coming up for Edile and The Beauty Shoppe, the HQ for all things Nakturnal and NakYouOut. We can vouch for it being a great space to work from, and couldn’t be happier to be a part of the exciting community that is East Liberty.

Pittsburgh born and raised, Matt moved to Ohio to attend Denison University to get his BA in History. He then spent some time in New York and Chicago, but ultimately returned to Pittsburgh, attending CMU to obtain his Masters in Urban Design and a Masters of Public Policy and Management from the Heinz College. This solid education has been the backdrop for Matthew’s continued success. While in college, Matt worked for a brownfield development company called Chapman Properties, which “designs, builds, and operates state-of-the-art business parks with a concentration on regional distribution and industrial projects.” During his time in the Heinz school, he was “inspired by an opportunity to bring ideas of social entrepreneurship to urban redevelopment” and founded GTECH alongside two others. “GTECH transforms vacant or blighted properties into viable community economic development opportunities by reclaiming sites and employing green redevelopment strategies to revive and recover the land.” While his work with GTECH is primarily on the board level, Edile is his primary focus at the moment. “We try to find very specific niche opportunities to do real estate development, primarily in collaboration with other developers or operators that we think are cool.” The Beauty Shoppe is a fantastic example of Edile’s ideas put into motion, though they do have a number of other projects going on in the neighborhood, most of which are top secret.

Matt’s experiences with GTECH and the formation of Edile exposed a critical need in terms of his operation. “When we started GTECH there was no good office infrastructure for us to tap into as three young entrepreneurs.” And so, a few years later, The Beauty Shoppe was born. “I was inspired to open this up by seeing the need, primarily by things that I had started. It wasn’t a huge leap to think that others shared a similar situation. Early in GTECHs history I toured a cooperative office space in DC that I thought was really cool. It helps support a lot of small entrepreneurs/companies and I thought we should start one of these some day.”

And so he did. What we’ve come to know as The Beauty Shoppe is based from a very simple model. For the cost of three lattes a day, you can have your very own desk in this co-working space. Rented on a month-to-month basis, you can have your very own dedicated desk and office area for $175 a month. For $100 a month, you can obtain the “flex” membership which is a shared desk and office space. Students can receive the flex membership at a 50% discount, making The Beauty Shoppe affordable for just about anyone. Other amenities include swanky furniture and a hip decor, conference rooms, wireless internet, office tools, a mailing address and as much coffee as you can drink, courtesy of our neighbors at Zeke’s Coffee.

Having visited other co-working spaces and exchanging ideas with likeminded individuals, Matt anticipates a move in the near future. Leases are filling up quickly and soon the demand will outgrow the space. “I think this space is a great place to start in, but constraining in some ways, so I’m excited to learn from some of the things we’ve experienced here to employ down the road. I’m excited to see people in here and we have an increasingly innovative group of people using this space. A space like this not only offers financial/flexible benefits but there’s also collaboration, networking, and even ideation. I’ve been working on things and have had really random, specific questions and been like ‘What do you think about this’ and received really good feedback.” Matt is also excited at the possibility of designing the next co-working space from scratch. “We took what was here, but we didn’t really have a chance to hear what people wanted to have in a co-working space and then design a space that was well suited to those requirements, so we’re excited for a second co-working space for people who will actually get what they require in a workspace.”

Furthermore, Matt is especially excited about the future of East Liberty and its status as an up-and-coming neighborhood in the bustling city of Pittsburgh. “We’re excited for The Beauty Shoppe. I’m excited to be involved with the redevelopment of this neighborhood. I think it’s on the front end of neighborhoods here in the area. Over the next 2-3 years there’s going to be some incredible stuff that happens here and we definitely want The Beauty Shop to be here. If I could choose to be anywhere in Pittsburgh, I would choose to be here. It’s definitely a great place.”

We think so too! We returned to this neighborhood after a brief stint in the South Side, as our old office was on S. Highland. We’re glad to be back in East Lib and can’t wait to see what happens next during this exciting transformation. Best of luck to you, Matt! 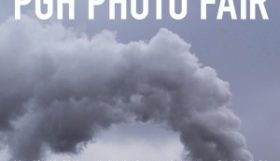