The sounds of traditional blues, soul and funk music are alive and well when put in the hands of Black Coffee, a rhythm and blues band lead by vocalist Caitlin Cuneo. They’re opening for soul and funk legend Lee Fields and the Expressions this Friday night at The Rex, their biggest Pittsburgh gig to-date. We wanted to learn a bit more about the band and had the opportunity to chat with guitarist/vocalist Vince Cuneo, who is coincidentally Caitlin’s brother. The pair have been making music together since childhood. Joining them on drums is Jim DeVoss, who has been playing for over 25 years. Here’s what Vince had to say about the band.

Kymbo Slice: First off, tell us about what inspired the name for your band, Black Coffee. You aren’t just a bunch of caffeine addicts are you?
Vince Cuneo: The name came from the an old Jazz tune performed by Peggy Lee, which our singer (Caitlin) first sang at an audition for the Berklee College of Music. She sings the tune to check her vocal levels at every show. The name fits with our band because the tune has been performed by many of the hard working musicians since the 50’s. We constantly put our hearts and soul into our performances, writing, and being part of this band. We hope our fans can feel this same emotion that we put into our music. Also, the song is about a person drinking coffee to deal with some of the hardships of life. Our “coffee” is music, and that keeps this band going from day to day. I remember several fans telling me that our music had a “raw” sound to it. Coffee without cream or sugar is about as raw as something can taste. Most of us also drink our coffee black, which is my personal preference, but if you don’t follow our “nocreamorsugar” motto, we won’t fault you for your own tastes.

KS: What’s it like being in a band with a sibling and someone you grew up with. How do you think your dynamic as a pair fits with the rest of the group?
VC: It’s a true blessing to be able to perform with Caitlin every day. We have been at each other’s performances throughout our entire lives. It has been amazing to watch Caitlin grow from her early days in chorus and musical theatre to today. I remember helping Caitlin record her first song when she was 15. That song was “Working Hard,” which we play to this day. We build on that musical connection everyday, because she is one of the main reasons I chose to play music for a living. Getting to travel with her, write music, and watch her perform is something I cannot be thankful enough for.

This band has one musical voice, which comes equally from each member. Although many of the words and song ideas may come from Caitlin or myself, each member puts their style in each song. When I write or think about our music, I already hear my lead guitarists licks or my drummers beat in my head. The best part is that this band will take my concept of a certain song, and take it beyond anything I could imagine on my own. This kind of creation makes me thrilled to be in a band where I hear new sounds every night.

KS: Tell us about some of your current influences. What new music are you listening to?
VC: This could be an interview in itself, but I will try to sum it up. As a band, we all listen to the classic vinyl’s from old soul, funk, jazz, and blues artists on a daily basis. There are two New York based labels that have been on my rotation recently. Daptone Records is a modern record label that focus on putting a classic sound on their music. Some of their bigger artists are Sharon Jones, Charles Bradley, and the Budos Band. Royal Family Records has a more modern sound on funk, soul, and jazz. Artists Lettuce, Soulive, and Nigel Hall are bands that I constantly follow. To me, they are the hardest working musicians that are also making the best music. It is hard to find music that motivates me as musician. This type of music gives me chills and is what I like to call “IT.” There are two newer records that have been played once a day in my house. The Robert Glasper Experiment’s “Black Radio” blends jazz and hip-hop with some popular guest artists. The success of this record makes me believe that people still want to experience music beyond the top 40 hits on the radio. A Brookyln-based band Aabaraki, who we performed with in Pittsburgh, has a self-titled E.P. which is recorded to perfection and has tunes for anyone’s liking. They are releasing a new record soon, and I highly recommend checking that out.

KS: Are there any other locally-based bands you’re dying to play a show with?
VC: If we are talking locally in the region, I’d say any of those bands I mentioned above are acts that I hope to some day play with. If we are solely talking about Pittsburgh, my wishes are soon to be answered. We will be playing with Backstabbing Good People on June 28th at The Smiling Moose. This band has amazing talent and consists of musicians that I followed before I was even in a band. Another local group is the Boogie Hustlers but our schedules haven’t aligned yet. I guarantee we will have something set up soon. I saw these guys play in Pittsburgh when I was a teenager.

KS: This is your biggest show in Pittsburgh to-date. What’s next for Black Coffee?
VC: We have a bunch of big shows coming up in the near future and are looking to get in the studio in coming months. We will be performing at Arts Alive Fest which is a free festival in Morgantown, WV June 8-10. Keller Williams, Zach Deputy, Larry Keel, and others will be performing. Our set is June 10 at 4PM on the main stage. Also, we are playing the opening of a new venue in Johnstown, Pa where they hold the famous Flood City Music Festival. This will be held on June 16th with Tab Benoit, Los Straightjackets, and Eilen Jewell also playing a set. If you are looking for a festival closer to Pittsburgh, there is a festival called FarmJammaLamma July 6-8 in Brookville, Pa. The stage is built in a barn from the 1800’s, has a great atmosphere, and incredible hosts. We will be performing with two of my favorite acts in the festival circuit The American Babies and Dopapod.

Catch Black Coffee open for Lee Fields & The Expressions this Friday at The Rex. Doors are at 8. Show at 9. Tickets can be purchased here. 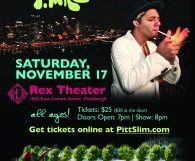 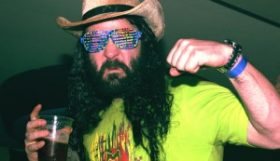 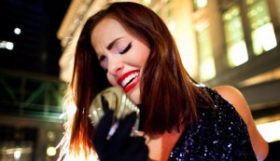