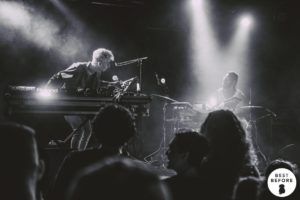 Those who’ve stayed up with Chrome Sparks’ career path may have first caught him at Warped Tour in 2012, where he held down the drummer spot for Grand Rapids synthpop outfit, Stepdad.

Malvin also dropped a compilation via Bandcamp during the Tour, highlighting works from his Ann Arbor music crew, and a standout composition of his own–“Marijuana.” Coming correct with the heavy hitter track, Malvin sparked interest on a national scale and blazed the trail for future music endeavors. 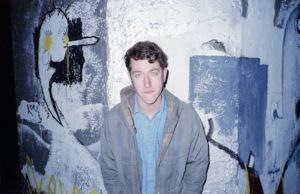 Malvin’s technical prowess and ethereal compositions eventually earned him props from Australia’s Future Classic label in 2014; where he joined the likes of artists like Flume, Ta-ku and Flight Facilities, rereleased his Sparks EP, and dropped two fresh albums.

We got a chance to chat with him about his recent projects and collaborations, and he also shared a few memorable experiences he’s had on tours thus far.

Fein’s remixed tracks take shape in long-form compositions, as Malvin adds elements of his own sound world, creating beats and melodies to match her harmonies:

“I really love her album, so it was fun to mess with the individual parts and figure out how to make it work.”

Alongside performing with Future Classic label mate Flume at a handful of shows this summer (pictured left at Red Rocks, CO performance), Chrome Sparks recently hit the road for his own fall tour. 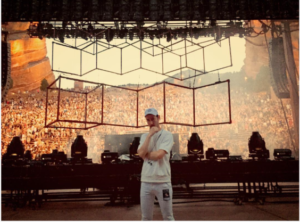 In light of his upcoming travels, we were curious to hear about his most memorable tour stops during his career, thus far:

“Sydney is one of my favorite cities; and the last time I played there, I had some extra time to muck about … I was able to go on a big day hike to a swimming hole and experience the city. The most memorable thing was white water rafting in Whistler, British Columbia, after playing Pemberton Festival a few weeks ago… I gotta do more white water rafting.”

Malvin also shared that he’s looking forward to returning home to his family and visiting some of his old local haunts:

“Number One priority is hanging with my parents; but beyond that, Spice Island Tea House is my spot!”

The show kicks off at 8PM; and tickets are available online/at the door!