6 Things To Do On Sundays While The Steelers Suck

Even after a win against the Bills, Big Ben admitted that his 3-6 team’s offense, for lack of a better word, sucked. This happens from time to time; great franchises have one of those years, a season that die-hard fans will say “doesn’t count” decades from now. Unfortunately for citizens of Steeler Nation living in the present, it might be a while before Sunday afternoons are synonymous with “Here We Go!” chants reverberating throughout The North Shore.

Fortunately, there’s plenty more to Pittsburgh than the team with the best Super Bowl record in the NFL (don’t you forget it either), here are six things The Steel City has to offer on Sundays while The Steelers “figure things out.”

Polish Hill’s Lili Cafe might be one of the more underrated spots in the city, located below Mind Cure Records (another underrated spot) on Dobson St. Lili Cafe offers a delicious vegan-friendly menu on a daily basis. On Sunday afternoons before 2pm they offer an equally appetizing brunch with a new menu item each week. You can beat the traffic downtown and avoid the cognitive dissonance of seeing our Steelers get uncharacteristically pummeled by a lesser organization with a pretty-boy QB while enjoying a healthy afternoon meal.

A good meal might not be enough to satiate Steeler-fans ingrained need for Sunday night aggression. For yinzers looking for good-old-fashioned hits, Steel City roller Derby has you covered. Without the pestering of NFL rule-makers, these girls throw down–hard. Matches usually take place on Sundays and are inter-city affairs, which means no matter what: the black and gold always win. For anyone looking to challenge that tired old adage of “hitting like a girl,” a full line-up of events and ticket info can be found on their website.

Venture Outdoors:Sunday Treks
For some, watching the Steelers is a ritual exercise in relaxation. Watching the boys stomp out other teams is something of a tradition that gets them through a stressful work week. For these fans, the past few weeks might have been particularly anxiety-inducing. But alas, Venture Outdoors has a solution. Every Sunday (and throughout most of the week) the organization offers a variety of outdoor activities like bike rides and nature photography walks that’ll make you appreciate the beauty of this fair city. Reservations are usually required and can be made on the Venture Outdoors website.

They say laughter is the best therapy, and for anyone feeling blue because of the Steelers improbable playoff hopes, this is especially helpful. Arcade Comedy Theater downtown has a weekly improv showcase that is sure to get your mind off of another ringless year. Tickets are usually cheap ($5) and the show is always a good form of laugh-therapy. Also, if you’re so inclined you can even sign up for a comedy class and perform at the theater yourself.

Franktuary: Sunday Brunch
Pittsburgh is full of great restaurants so it’s only fitting this list features two brunch options. Franktuary in Lawrenceville offers up a Sunday brunch highlighting more than their signature hot dogs. The brunch menu changes every week so you have to follow Franktuary’s twitter to get the details, one thing is for sure, whatever the featured menu item is, it’ll be mouth-watering enough to forget, even if only for a moment, that there are rumors of Big Ben looking to get traded.

Carnegie Museum of Art: Carnegie International
Despite being one the most important art exhibitions in the world, a surprising number of Pittsburghers haven’t made their way to see the 2013 Carnegie International yet. This exhibition, that comes around as often as we get a new president, is the crown jewel of Pittsburgh’s oft-overlooked art scene. The birthplace of Andy Warhol is also home to some of the best museums in the country and even though our equally prolific football team may not be up to par at the moment, theres no question that this rare exhibition is a must-see. It runs until March 16th, but the museum is open on Sundays and really, what else are you doing? 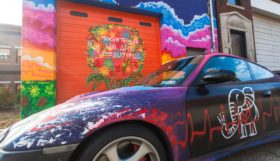