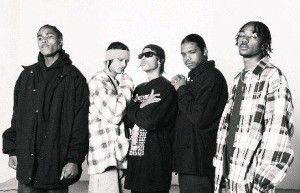 Since 1991, Bone Thugs-n-Harmony have transcended the eras of hip hop and R&B; and its evident they’ll continue doing so for years to come…

After some buzz in the early 90s, the Cleveland collective’s talents were first recognized by former N.W.A. affiliate, Eazy-E. A key element to their future success, the late rapper signed BTnH to Ruthless Records in 1993.

The group’s debut album, “Creepin’ on ah Come Up,” later dropped in ’94, putting them on the map and leading to a collection of timeless albums, projects and collabs to come. 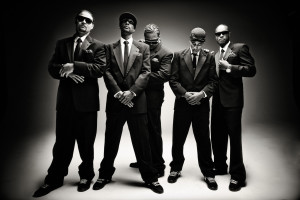 BTnH’s harmonious lyrical stylings interwoven with hip hop bars and melodies quickly caught on, leading to the delivery of yet another successful album in ’95, titled “E 1999 Eternal.” Its release further grew their presence in the scene, spawning two popular singles: “1st of the Month,” and “Tha Crossroads,” a tribute to their late founder, Eazy-E.

Since then, they’ve spit bars and serenaded us with rhymes and melodies–together, and alongside some of hip hop’s most respected heavyweights. (Tupac, Biggie and Big Pun, to name a few.)

The following years saw respective solo careers from several members, and reunions for subsequent projects to follow, including noteable releases such as: the double-disc collection, “Art of War” (1997); 2000’s “BTNHResurrection”; “Thug World Order,” in 2002; and “Strength & Loyalty,” in 2007. 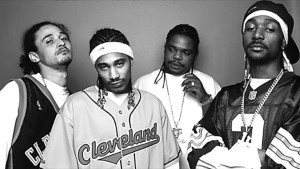 Now, several decades’ worth of lyrics and flows have solidified their timeless versatility. The mastery of their craft has placed them among the genre’s greats, and there’s no doubt the nostalgia hits heavy when tracks like “Thuggish Ruggish” and “Tha Crossroads” come through the speakers.

This month, BTnH will reunite for “Tha Crossroads” 20th Anniversary at their long awaited, sold out show. The group hits Mr. Smalls on Tuesday, February 23 and doors open at 8PM, with opening support provided by PGH’s own, DJ Afterthought.

For those who missed out on scooping a ticket: we’ve got two on deck for one lucky winner. You can enter to win them in the Rafflecopter below.