According to Advocate.com’s annual list of gayest cities in American, Pittsburgh made it to #5 in 2011. Yes, we beat out San Fransisco. The honor noted not only our famous gays like Warhol and Gertrude Stein, but our vibrant arts and theater scene, and the fact that our Pride Fest is one of the fastest growing Pride Festivals in the country. It also acknowledged the Pittsburgh International Lesbian & Gay Film Festival, now dubbed Reel Q LGBT Film Fest, in order to be more inclusive to bisexuals and transgenders.Â  In its 27th year, the festival kicks off tomorrow for ten days packed with 32 films and fabulous after parties. The annual celebration of gay, lesbian, bisexual, and transgendered writers, directors, actors and their work, includes feature films, shorts, and videos from the hottest national and international LGBT filmmakers of our time. All of the films are hosted at Harris Theater downtown, with after parties at the numerous LGBT friendly venues around town.

Opening night begins Friday at 7:30pm featuring Cloudburst, starring Olympia Dukakis and Brenda Fricker.Â  The film is a comedic Thelma and Louise style love story of two older women escaping a nursing home to go back to Canada to get married.Â  Head to Pierce Studios, right next door, after the film to enjoy the Opening Night Party. $25 gets you admission to the film and party. Check out the Cloudburst trailer….

A full schedule of events is available HERE! The festival includes a diverse range of subject matter, with a little something for everyone. 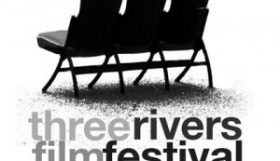