PGHBOX is a relatively new website born out of a passion for remodeling and restoring spaces in Pittsburgh. This novel idea has blossomed into a great attempt at profiling beautiful homes and the people who helped to transform their space from drab to dreamy. In addition to taking a peek into some fabulous neighborhood homes, you can also see the progress of site boss Kelly Carter and her partner Ben as they remodel a space of their own in Lawrenceville. According to Kelly, “The name is a nod to the classic Pittsburgh brick home – the box. They’re exactly perfect as far as I’m concerned. They’re cozy and have exactly the right amount of space for an average family. You can have a functional kitchen and enough room for kids, pets, a yard and garage. The scale is perfect to me and I just love everything about them.” So far, they’ve visited the areas of Garfield, South Side, Regent Square, North Side, and Lawrenceville, but will be making a conscious effort in the future to cover places that are a bit more under the radar. We wanted to learn more about what inspired Kelly to start PGHBOX and what types of homes she’ll be covering in the future. She had some inspiring things to say about our wonderful city along the way, too. Behold, our PGHBOX interview!

Kymbo Slice: What inspired you to start PGHBOX?
Kelly Carter: First, it’s about promoting the 90 neighborhoods and city living. I think how people use their homes says a lot about who lives in a neighborhood. There are a lot of sleepy “towns” within our city … areas that don’t get much press, with some great homes. I want to give those neighborhoods just as much attention as the more popular neighborhoods. So we might feature Elliot one week and Highland Park the next.
I’d been sharing my adventures in interior design and home rehab on facebook, and people really seemed to enjoy the before & after photos of my projects. My partner Ben and I have been rehabbing homes together for a decade and we’ve been pretty good at documenting everything. So initially I wanted a place to share all of that. I also realize that Pittsburgh is smack dab in the middle of a city-wide renovation of sorts. Century old homes are being renovated. Homes that have sat empty for years now have new life. The trend seems to be to move ‘to’ the city as opposed to the opposite. So, I drive by these homes like everyone else, and figured it’d be fun to see what’s inside. It’s also about great budget decorating. I love the idea of someone redoing a room with imagination and artwork and handed-down treasures over lots of dollars. But it’s not limited to that. I’m open to sharing any type of space that works.

KS: What has been the response so far?
KC: Awesome! I don’t think there are many people who don’t enjoy at least taking a peek inside other people’s homes though, right? There’s so much excitement around the idea of people moving TO Pittsburgh right now, and this is just my way of documenting the redevelopment of our city.

KS: How do you find the spaces you profile? Is it mostly word of mouth, personal relationships, submissions or a little bit of each?
KC: The first few were friends and good sports. Now that it’s rolling along I don’t have to twist arms as much. Most people I approach are surprised that I want to feature their space.
I think people are used to seeing only expensive and professionally designed rooms in magazines and on TV. This is about all sorts of people with great living spaces – DIY, professionally designed and everything in-between. I’m always looking for new spaces to cover – so shoot me an email (pghbox at gmail.com) if you have one or if you’re someone who’s worked on one. Especially if you’re in a neighborhood that I haven’t covered, I’d love to hear from you.

KS: Any houses you have your eye on in particular?
KC: There are dozens. I spend a lot of time looking at houses. There’s one at the corner of Highland and Jackson I’d love to see. And I want to cover some really efficient small spaces – studio apartments or live/work combo spaces. And I hear that the Mayor has a new spot – maybe he’ll let us have a peek in the name of promoting city living?

KS: What’s next for PGHBOX in 2013?
KC: Lots of content. Right now it’s mostly eye candy. This year I’m going to expand the website and reach out to Pittsburghers who want to share their adventures in interior design or anything related to home rehab or Pittsburgh homes in general. I’m also putting together a room makeover package right now that will be offered to one of our readers. In the next couple of months I’ll be asking folks to send in photos of their troubled spaces. So be sure to be on the lookout for that. 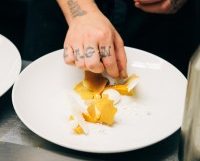 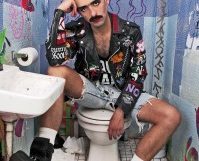 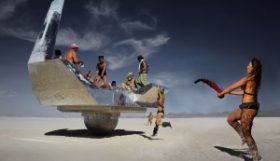