What’s there not to love about Joy Ike? The kind, uber-talented songstress has been makin moves in Pittsburgh and across the region with her signature brand of piano-driven, calming jams and captivating songwriting. Whether it’s with a full band, minor accompaniment or solo, Joy’s performances are engaging, warm and dynamic, and a true testament to why she’s been voted the Pittsburgh City Paper‘s “Best Solo Artist” four years in a row. The singer-songwriter is gearing up to release her latest album, All or Nothing and is having a launch party this Sunday at the New Hazlett Theater with her band and the Freya String Quartet. If you’re a fan, this is an opportunity to see Joy’s music and lyrics shine to their full potential. If you’re unfamiliar, we hope our interview will peak your curiosity and turn you on to the lovely Joy Ike. Take it away!

Kymbo Slice: What is the significance of your new album title All or Nothing?
Joy Ike: My sister and I brainstormed an album title for several months. After listening through the album she said that she noticed a consistent “epicness” to the songs. She and I also noticed a consistent theme of relentlessnes, perserverence, and fearlessness. I think these themes will be most evident in tracks like “Go”, “Time”, and “Promised Land”, and “No Matter What”. Ultimately we were looking for an album title that spoke for itself. I think when people hear the album they’ll totally understand why this was the only title that stuck.

KS: Why did you select the New Hazlett Theater for your CD release?
JI: I’ve envisioned holding my CD Release at New Hazlett Theater for over a year. In fact, after we finished the album in the studio (sometime in November), the first thing I did the following day was call New Hazlett Theater to get the ball rolling. It was the only space on my mind. It’s a beautiful venue, the staff is 100% professional, and every time I’ve been there for a show, or played there for an event, its never been a waste of time. They’re just quality.

KS: What is your relationship with Colonizing the Cosmos and why did you select them to play your CD release show?
JI: CtC is definitely my favorite band in Pittsburgh – hands down! I’ve been friends with the founding members, Josh Moyer and Michael Savisky for over 13 years we did a lot of church music stuff together back in the day and on occasion in the present. When they started the band a few years ago, I’m pretty sure I instantly became their biggest fan! I asked them to open the event because they are very intent on welcoming the audience into their set. They’re very down to earth people and I felt that would set the atmosphere for the evening. As for their music, its a cross between indie pop and world music (in my opinion). Its hard to pigeonhole and I think people who have never heard them before will be pleasantly surprised.

KS: How do your stripped down sets compare to performing with a larger ensemble? I see you are playing with a string quartet this time around! How do you think that affects the performance you give?
JI: They’re each so different. I think the success of playing solo or with a full band relies heavily on the size of the space. In small intimate spaces (house concerts/coffeehouse/galleries) playing solo gives off that intimate feel and makes you feel like you’re just hanging out with the audience. Some of my favorite shows have been solo, but at the same time nothing compares to having other people on stage with you. I wouldn’t trade that for anything. Playing with my bandmates (Jason Rafalak – upright bass, Ryan Socrates – percussion), makes everything come alive. I also feel safe on stage. I know that sounds funny to say but its the truth. I know they’ve got my back, and so I’ve noticed that I play more confidently when they’re around. Also playing with the Freya String Quartet is a huge treat for me! These guys are ridiculous!

KS: In addition to being a solo artist, you provide useful advice and information for other independent artists who share your position (gigging and supporting yourself full-time without a 9-5) via Grassrootsy. What have you learned from teaching others based from your successes/failures with your own career?
JI: I love talking about Grassrootsy! Its totally a labor of love. It takes so much to keep it running but people are really reading it…so it makes me want to keep pouring into it. I started the blog because I kept running into musicians at shows who didn’t have business cards, or CDs, or even a newsletter so that they could build their fan base. I wanted to pull my hair out because their music was so good and I wanted more people to know about them, but they had to take the initiative and do the work to ensure that people would/could find them. So one of the things I’ve learned is that there are a lot…as in a LOT of artists out there who have no idea where to start. You gotta spell it out and break down the simple ideas into even simpler ideas so that they’re digestible and applicable. There are at least 15 posts on that blog about the importance of a newsletter and at least 10-12 about how to talk the media. There’s so much information to cover and so little time!

Catch Joy in action this Sunday, January 27 at the New Hazlett Theater in the North Side. Doors are at 6:30 and the show starts at 7:30. Advanced ticket holders receive a discount on day of show album purchases, so score your tickets here! VIP ticket holders receive a copy of All or Nothing on day of the show and a live recording of the album release concert. Unable to make it? You can purchase her new album here on iTunes. 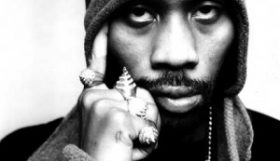