Diversity is a new store on West Liberty Avenue in Dormont that’s breathing some new life into the community. A new venture from Beacon Hill Recording Studio owner Buddy Hall and his wife Michelle, the shop opened on Black Friday, and provides a more social outlet for Hall, as he was quoted in a recent Dormont-Brookline Patch article stating, “I want to get out of my studio sometimes, see the daylight and hang out with people. Find some new things.” The store carries a variety of merchandise, which Hall claims, “isn’t just a guitar store. It’s a save your self with e-cigarettes or candles and find something fun store.”

Diversity is also an opportunity to promote local musical talent, as Hall opens its doors for its first open mic. While the events are free, all proceeds will be donated to Dormont’s Hollywoood Theater for this and future open mics. Join Jesse Hall, Bear Cub front man (as well as Buddy’s son) and Liz Berlin of Rusted Root for an acoustic set tonight, December 28th at 7PM. Arrive early to browse the store. While space is limited inside, they will be leaving the doors open for folks to hear outside. Buy locally-made goods, listen to music by two talented local musicians and support a local theater. This occasion is taking hyper-local to the next level!

Don’t forget to support Rusted Root, who is fresh off of their album release party at Mr. Smalls last night. Bear Cub, who play the Thunderbird Cafe Saturday night alongside their pals Meeting of Important People and Of An Empire have a fresh release too. Their latest album, Good Morning, Every Morning, was released back in September, so now’s your chance to hear some of the new tunes live since the band only gets back to Pittsburgh a few times a year after relocating to Nashville. 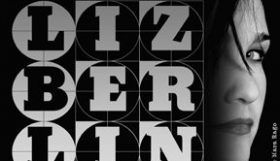 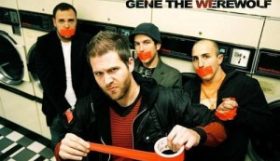 The Gene the Werewolf Interview