If you’ve lived here for at least 5 years, you’re probably aware of how hip the city has become. Others are starting to become hip to us, so it’s only fair we get the recognition we deserve. Continually placing at the top of the “Best City to Live” list that’s been beaten to death, Pittsburgh’s at it again. This time, however, it’s on a different scale. Pittsburgh was ranked at the top of U.S. cities in the “World’s Most Liveable Cities” list, coming in at an impressive 29th place. Full article can be found here.

And if that isn’t enough tooting for your Pittsburgh horn, us Pgh folk are also getting smarter. Maybe that Shane kid from Weeds knows something the rest of the world doesn’t. 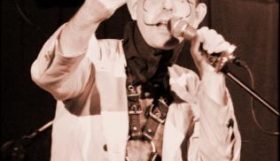 PGH Freak of the Year