Who’s that hottie to the left? She’s none other than Carolyn Perteete and she’s performing at 720 records on Saturday for their 1-year anniversary celebration. Joining her will be the Smooth Tutors. Rumor has it this will be their last performance for a while, so if you’re down with their sounds or have always wanted to check them out, get with it! This three day celebration pops off tonight with Game, Party and Play. Party to the sounds of 720’s resident DJs while you play some of your favorite childhood games such as Connect Four, Uno, Sorry, Monopoly, Spades, Taboo, Wii and more. As long as someone doesn’t go crazy with the Taboo button, we cool. This event is hosted at 720 by Lady Ann Dunbar and the Minority Network Exchange. Doors are at 8, $5 admission before 9 and BYOB.

Saturday pops off much in the same way. Doors at 8, $5 cover before 9 and $10 after. BYOB of course. Carolyn Perteete will bring the soul to the evening with her soothing voice and relaxed demeanor. If you aren’t familiar, check her out:

Smooth Tutors are poppin’ up all over the place. They’ve performed during VIA events and most recently at Mixed Threads. Check out a video from their appearance:

There’s an after party Saturday night at Shadow Lounge with the Classic Material cats. Admission is free if you show your 720 stamp. Otherwise, it’s $5.

If you can drag your hung over ass out of bed early enough on Sunday, hop on over to Sundays Best Brunch at 720, which features a delicious combo of Latin, Asian and American fare for your booze-filled tummy. You’ll feel much better after this meal, we promise. Brunch is from 10-2 and is $13.

The anniversary celebration also features 30% off select vintage clothing and 50% off used vinyl from 1/20 – 1/22. Here’s a recap of the haps. We hope to see you there! Support your local record stores, ‘cos if you don’t, who else will!?

Click on it to make it bigger, ya dip shit. 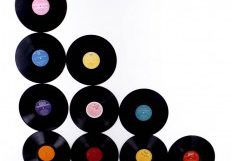 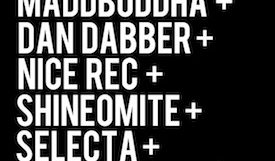