The One Hit Wonder Spaktacular

Local musician Elliot Sussman and beloved Garfield pizza shop Spak Brothers are cooking up a new event hosted on Sundays at Howlers in Bloomfield. It’s called The One Hit Wonder Spaktacular and it gives local and touring bands the opportunity to cover a carefully curated list of 50 “one hit wonders” in the coming months. While the focus is on covering one hit wonders, they’re not looking for cover bands. This event is a way to highlight the original material of talented local and touring acts while giving them the added challenge of covering one of the 50 pre-selected songs. Visit their Facebook page to see a full list of available songs. If a band has claimed a song, it will be noted on the list.

If you’re in a band and interested in being a part of the Spaktacular, the criteria is simple: you must provide 45 minutes of original material and select anywhere from one to three songs from the list. What constitutes a one hit wonder? They’re following Billboard’s rule, which states: “an act that has won a position on Billboard’s national, pop, Top 40 just once.” For further explanation, visit their page.

Though bands won’t be compensated, they’ll be given 100% of their merch sales for the night, complimentary beer and first dibs on the Spak spread. Spak Brothers has been kind enough to cater each event, hence the name “Spaktacular”, and yes they’ll be sticking to their great tradition of vegetarian-friendly grub. There will also be various opportunities throughout the night to donate some of your cold hard cash to the band, so be on the lookout for that!

If your band is interested, you’ll have to get in touch with Elliot Sussman via e-mail (elliotsussman@gmail.com) – or hit him up via Facebook. These friendly instructions were also provided, so we’re just quoting the necessary info:

“Like a One Hit Wonder, we’re up for just about any genre or style of music to be a featured act and we don’t discriminate there, but we do have one rule: we’ve got to be able to hear you first so we can book you appropriately. It doesn’t have to be anything fancy (a rehersal practice session is cool by us), just something that gives us a general idea about what you sound like and it has to exist in a digital format. Please send a digital file (mp3 or preferably a link to a streaming site such as bandcamp or soundcloud) in either a Facebook message directly or via e-mail.”

We’re excited to see how The One Hit Wonder Spaktacular pans out and hope to make it to a few. If you think your band is a good fit, sign up! 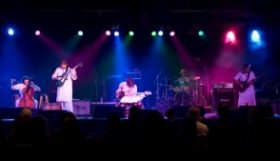 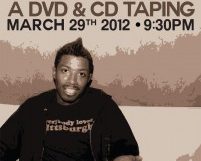