Back in his days as the front man of The Smiths, Morrissey was a hottie. In 2013 he’s more of a silver fox who has aged gracefully into his fifties, still pounding out jams like he did in his heyday during the peak of his solo career in the nineties. To many, he is revered as an icon and has influenced some of today’s biggest stars, such as Radiohead, Brandon Flowers of The Killers, Jesse Lacey of Brand New and even Oasis. Let this serve as a friendly and enthusiastic reminder that Morrissey will be performing in Pittsburgh on January 21 at Heinz Hall for a date that was rescheduled from October of last year. Believe it or not, tickets are still available.

Whether it’s his elusive sexuality, odd fondness for cats, which frequently appear in his promotional photos, or controversy surrounding his persona and beliefs that have been known to cause a public feud with a fellow celebrity or two, Morrissey is a figure that demands attention both onstage and off. Let’s have a listen to one of his beloved hits to remind you why this man is so revered.

This show happens Monday, January 21st at 8PM at the lovely Heinz Hall in the heart of Pittsburgh’s Cultural District. Tickets can be purchased here. 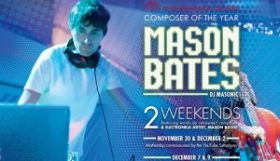 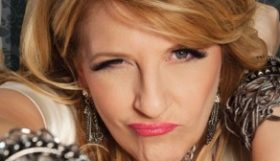 The Legend of Zeldaâ„¢: Symphony of the Goddesses Tour Giveaway