We can’t help but want to support cool Kickstarter campaigns, and the Mine Factory Collective is a brilliant idea we hope you can support.  Headed by artists Mia Tarducci Henry and Merrisa Lombardo, their goal is to convert space in an old mine factory at 201 North Braddock (by the East End Co-Op) into a collaborative artist/designer-run gallery space. It’s important to them that they transcend the traditional gallery format with an artist run space, “we’re striving to have exhibitions and projects that reflect a movement forward in contemporary art and design.”  We got a chance to interview Mia, and she explained a space this size isn’t currently available in Pittsburgh and, “as a result large sculpture, 2d work and installation pieces are frequently excluded from galleries based not on merit, but on capacity.”  The space they have is almost 4,000 square feet with terrific factory windows and a huge load in area that can accommodate large work. The Kickstarter campaign is an effort to raise funds for renovating the space, including some fresh paint and better lighting systems.

Currently the building is hosting studios for artists, which is what inspired the idea. According to Mia, “Merissa and I have studio space in the building along with 50 or so other artists, designers, and small businesses. When we were looking for studio space in the 201 Building, there weren’t even space dividers up on our floor. It was just a fantastic empty space full of possibility. Now we have at least 20 studios on our floor.” Apparently, there is also talk about the building next door housing studios as well.

Mia mentioned two other inspirations for the space. First, a lack of a permanent space for the clever and innovative events local creatives are already producing. She believes their temporary and transient nature make it hard to promote effectively, and many miss out on great concepts because of this. The Mine Factory Collective will provide an established permanent venue to support Pittsburgh’s art scene, with pooled resources to provide strong promotions. She also mentions Pittsburgh’s well known burgeoning arts community as an inspiration, “Pittsburgh is not losing our young artists/designers. People in arts-related fields are actually moving here, and we are being noticed outside of the region for being innovative and supportive of working creatives. We are both transplants ourselves and have enjoyed the benefit and support of producing work here. We believe in the concept of creating facilities that give you the experience of Pittsburgh and its offerings.”

In describing the intended use of the new area, “We will consider the production of collaborative projects and it will be home to our collective – The Mine Factory, but its main use will be as exhibition/performance/showroom space,” said Mia.

So what is the Mine Factory collective? “Recently established, this collective and the idea behind it is to bring various artists and designers together to produce works that incorporate a wide range of elements – design, sculpture, visual art, performance art. We are talking to other area creatives to see who might be interested in our vision for the collective and plan on adding members over the next year. We will not be using the space to produce personal work – we have our own individual studios, which we believe is important. We understand that many young and emerging artists don’t even have that, so there may be a way to have one of the closed off sections be a revolving studio for artists but for now we are not committing to using any of the space for ‘work’,” explains Mia.

We asked about the type of collaborations they envision in the space, “I could see the entire space being used for one complete multi-disciplinary installation, and we definitely see the space exhibiting both art and design together either as one concept/project or as complimentary parts of an exhibition.  In a more traditional way, we see it being used to host independent film screening, performance artists, concerts, artists talks, and creative workshops. We have already received requests to use the space for video screenings, exhibitions, work space and workshop space and our idea has literally been out of the bag for one month.”

As for what’s in store for the launch, the Kickstarter campaign will assist them in making it the best it can be. With funds from Kickstarter used to design the space, more resources will be free to make the launch a great show. To Mia, “A great show would be giving all the artist/designer participants a stipend to participate, having a curator of note consult with us about content, having the marketing capabilities to bring the people to the art, incorporating community businesses like the co-op, having live music, a great spread, artists talks and accessibility throughout the exhibition’s duration.”

Watch the campaign video for a preview of the space:

We encourage you to go support the campaign now. Click HERE to learn more and donate. The campaigns ends on Monday February 4th, so don’t delay! 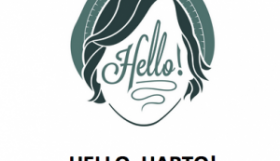 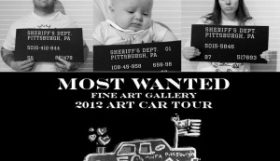 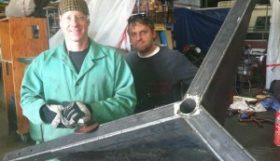