It was a party-tastic weekend in the Pgh and we didn’t rest for one bit of it. We headed straight from work to hit up the Mattress Factory‘s annual benefit, the Urban Garden Party. This was my first year in attendance, but I’ve heard many things regarding this party throughout the years I’ve spent living in Pittsburgh. I’ve heard it’s everything from racy, to crazy to “the best party of the year”. I’d have to say I’m only going to trust my own opinion from now on. When dealing with events, you will always encounter an array of opinions and responses. Two people could attend the same concert and have entirely different opinions on every aspect of the experience – the food, the sound, the atmosphere, the crowd’s response, the way the band played, how good the drinks were, etc.. The point is, everyone is entitled to their opinion, but I think a decent gauge of any event is found by observing the majority in action. If there’s nobody dancing at an LCD Soundsystem concert, the crowd probably isn’t having fun.

There was dancing-a-plenty at the Urban Garden Party, but it didn’t come without an uphill battle of appetite VS. thirst. The drinks were pleasantly strong, but there was so much damn good food in sight that I was conflicted on whether or not I’d rather have a food baby and retire to my bed by midnight or take advantage of the free booze and raise my party spirits well past eleven. Puh-lease! Knowing me, I chose the latter! My night began in an interesting way. I walked from the North Shore to the Mattress Factory and was approached by an older fella who was looking for the party. He seemed harmless, so I hopped in the car and showed him where to go. He couldn’t find parking, so he sent me on my way after asking me if he could call me sometime if he didn’t happen to run into me at the party. That, unfortunately, was the one and only time I was hit on that night. If you’re a single young lassie looking to cruise for dudes, this is not the place for you.

I completely understand that this is a benefit for a well-established museum and most of its primary donors are of the older demographic. Us young folk do not have the type of funds required to shower local arts organizations with lavish amounts of cash…YET! I guess I just don’t get what all the fuss was about. There are other annual to-dos that more amply cater to the 25-40 demo. I also have some suggestions for what to improve next year, cos frankly, getting from point A to B was a chore. Forget about peeing! Even the cop outside told me to pop a squat in the bushes. I would first like to point out the extremely awkward placement of the food/beverage tables. While putting the beer right in front of the stage so you can watch the performance while waiting in line for a bev seems like a novel idea, logistically it was not ideal. People like to dance in front of the stage, so you had those folks there too. A full cup of freshly-poured beer + an awkward fourty-something woman who doesn’t know the bounds of her own behind = you going home soaked in beer. I got at least 3 drinks spilled on me that night. Not a good look. This logistical mishap made itself apparent from the minute you stepped into the party and were greeted by a friendly woman serving a heaping pile of mashed potatoes. There is a time and a place for mashed potatoes. The entrance to the dance floor of the party is not one I would have picked, but hey – some people really effing dig mashed potatoes. It was also hot as balls inside the tent, there were virtually no places to sit down and the smoking area was so ambiguous I saw the bartender light one up behind the bar. I’m going to take a wild guess here and assume that her MO was not what the party planners had intended.

Other than that, the party was pretty cool. The iPad deejays, Andrew Andrew, were an appropriate choice for the crowd, though I heard many times from my peers that they felt like they were at a wedding reception.Â  I conducted an impromptu interview with a woman while riding the shuttle on our way out. She seemed like she was having one hell of a time, so I wanted to know why. She believed that everyone at the party was extremely friendly, and this delighted her. She was especially thrilled about unbuttoning some random guy’s dress shirt as his girlfriend passively observed. She didn’t seem to care. Apparently there was enough of him to go around. Her favorite part of the evening was enthusiastically “the food” and she thought Andrew Andrew was “outstanding”. She claimed it was the “little moments that made the night” and mentioned the woman dressed up on stilts who walked over a man in a wheelchair. I bet that made his night.

The broad on stilts was a highlight of the evening for me as well. I guess it was the subtleties that made the evening, rather than the blaring circumstances. This wasn’t her first rodeo, either, so I’ll take her word for it.
[nggallery id=urban-garden-party] 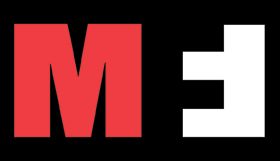 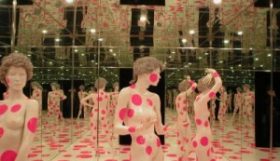