We’ve been big fans of the independent fashion blog, frockOn.com since we learned about it.Â  You may remember some of the “frockology” fashion events they hosted in Pittsburgh at Villa last year.Â  Well the ladies of frockOn have big news, award winning filmmaker and branding expert Sergio Myers has begun filming a feature documentary on the women behind the site….and he is signing on as a co-owner and creative director.

â€œNot only is this a great story of a group of girls who have found their voice in the fashion industry by using frockOn and social media as their tool to be heard but it’s also a great business opportunityâ€ says Director Sergio Myers.

I had to ask my good friend and frockOn co-owner Melanie Pagani Clarke what it was like to be in front of the camera, “Being followed around by cameras for a week straight was definitely something that a fashion writer is not used to, but it certainly was interesting. I have always been sort of a private person when it comes to my home life, but Sergio wanted the world to know the everyday life of a struggling

business owner in the fashion world. I gave him just that. Things became quite emotional, and there are some really exciting things revealed. I sort of gave away some of my tricks, but the way I see it is, I have knowledge to share and aspiring writers can hopefully use it to get where they need to be.”

In its fourth year frockOn features fashion writers from the US, Canada, the UK and Sweden discussingÂ fashion news, designer interviews, trends, and style ideas to viewers daily from around the globe. Sergio Myers’ film crew will be coming to Pittsburgh in a few weeks to film FrockOn Co-Owner Jacqueline Massacci and their Pittsburgh writer and NakYouOut Contributor, Kate Magoc!

If you’d like a sneak peak of the documentary check it out below! 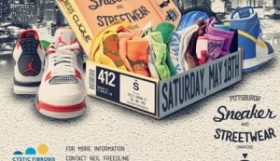 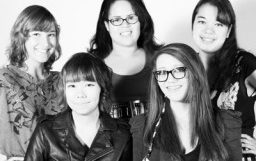