Pittsburgh’s Second Annual Art Fair for Photography, aptly titled the “PGH Photo Fair” kicks off May 16 with a launch party prior to two days of exhibits on the 18th and 19th. The fair “will host twelve internationally known dealers to exhibit museum-quality prints and photo-based art spanning the history of the medium, from nineteenth-century vintage prints to contemporary photography, as well as photographic books and photo-based magazines.” This is the real deal, folks, and we have the deets on it all.

Kick things off May 16 at 6:30PM for Next Level Magazine’s PGH Photo Fair Launch Party at The Beauty Shoppe in East Liberty. This event is the combined celebration of two forces, as Next Level Magazine will be celebrating their Pittsburgh issue. Complimentary bevs will be provided by the always delicious Clique Vodka and Penn Brewery. Of course, there will be food. DJ Soy Sos will be spinnin tunes and the rest of the fun is up to you to be had! Visit here for more details.

The 18th and 19th are when things start to get real. The second installment of the PGH Photo Fair finds organizer Evan Mirapaul, a Pittsburgh-based photography collector, building on the successes of last year by doubling the number of exhibitors and broadening the scope of galleries represented. There is also a special preview of the “10X10 American Photobooks” exhibit unique to Pittsburgh and New York (eventually debuting in Tokyo in September 2013).

This event will be held at Unsmoke Systems Artspace in Braddock on Saturday, May 18 from 12-6PM and Sunday, May 19 from 11-5PM. The event is free and open to the public. Complimentary goodies will be served up by the hottest chef in Pittsburgh – the one and only Kevin Sousa of Salt of the Earth, Union and Station Street Hot Dogs. Among the many delicious offerings, the onsite brick oven will be turning out made-to-order pizzas, and rumor has it they’ll be roasting WHOLE PIGS! Pigs+photos+Pgh = one helluva time. We’ll see you there. 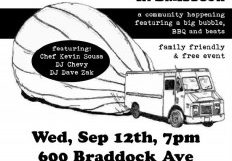 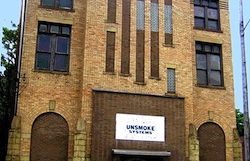 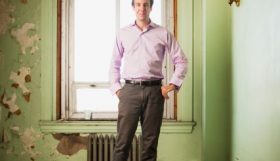