Heckle Vision at The Hollywood Theater

Those of you old enough to remember, recall Mystery Science Theater 3000, and its wisecracking host and robot pals ripping on cornball B movies.Â  Perhaps you’ve longed to join the team to publicly blast a cinematic failure you’ve had to endure.Â  Well yearn no more,Â The Hollywood Theater is hosting a new series based on this sinfully fun premise.Â  Heckle Vision offers movie goers the chance to take their best shot at heckling via text during the live screening of infamously crappy movies. The results are hilarious as your texts are streamed right on the screen during the movie. The next installment is Friday, August 24th and will feature the 1970’s romantic drama, “Love Story”.Â  You know you want to share your own witty rendition of the film’s famous line, “Love means never having to say you’re sorry.” We had a chance to interview Kahmeela Adams, from the Hollywood Theater’s Board of Directors andÂ Programming & Special Events Committee.

Where did you come up with the idea for Heckle Vision?

I was visiting Austin, TX and went to the Alamo Draft House. They were having a Heckle Vision with a Lifetime Movie. The film was ridiculous and I was shocked that it ever got the greenlight to be made. We had so much fun heckling that thing, I knew Pittsburgh would be a great place to try it. I have only seen a very small handful of cities other than Austin that were doing this. I wanted to make sure Pittsburgh got involved.

What was the first edition and how did it go?

We did the first one on April 20, 2012. We showed Reefer Madness. There was very little advertisement, but we got a great group of about 20 people that really got into it. They had a lot of fun. I see it as a success because none of those people had ever been to a Heckle Vision show and a majority of them had never been to the Hollywood Theater.

How do you chose the perfect matched movie to use for Heckle Vision?

I appreciate really well done cinema and I also appreciate really well done bad cinema. I think the perfect balance is a “bad” film that most people have seen, but still enjoy on some level. We all have 1 or 2 in our collection. Either the plot is totally unbelievable, the wrong actors were put into play, or it’s just totally out of date. And of course, I am willing to take suggestions.

Are heckles ever edited? Have any gone too far yet?

The software is programmed to automatically edited certain curse words – the big ones. I can go in and further program it for others. I haven’t seen any that were too offensive. Most people respect the fact that we are still in public and a certain amount of decorum is expected. There is also a slight delay and I can monitor the texts as they come in. I can delete them before they hit the screen and/or ban that user.

Any plans to expand on the concept? Like invite local comedians to come, or live music, etc?

I would love to have different local comedians host! I want to try a quote-along. You know, we all have a friend that quotes a movies either in real life or along with it as you’re watching it. I am guilty of that. You will be welcomed to shout out the lines you know by heart. I would also like to try and get some silent films and have a live band play their own score to it.

Â What other exciting projects do you have in store at The Hollywood Theater?

In September we plan to show “Fat Kid Rules The World” with a Q&A session with contributing filmmaker, Lucas McNelly.

There you have it folks, we highly suggest checking out Heckle Vision and the plethora of unique and entertaining programing the Hollywood Theater has to offer! 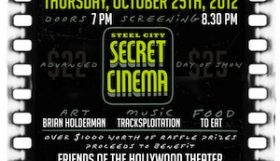 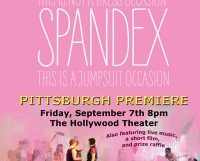 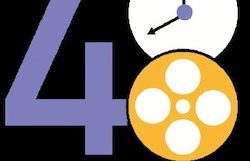 One Response to Heckle Vision at The Hollywood Theater