Heaven With The Lid Off

As a life-long Pittsburgh resident, certain things have always been near and dear to Danny Devine. He grew up in the East End, loved the Pirates, Steelers, Penguins, and at a very early age can remember being encapsulated with graffiti and abandoned buildings. The ghost town where Venice Pizza once stood, the Farmhouse and the crazy peace sign, black Bart Simpson painted on the roof, East Liberty Sears being laced with hot pink Azo tags, the list goes on and on.

Now, as a 29 year old highly-motivated individual, not much has changed. Armed with a camera and some great friends, he has been exploring forgotten areas of the greater Pittsburgh landscape on the reg. Each set of train tracks brings new images and new memories. The underside of every bridge is a new adventure. Trips to the depths of Fayettenam create memories that will never fade.

On January 21st with the help of Blasfome, Danny will be hosting his first solo show since 2008. On display will be a series of drawings, prints, photos and paintings depicting his favorite aspects of Pittsburgh. While Pittsburgh is turning a corner in the public eye, the beauty and spirit of post-industrial life of scenic Pittsburgh rages on.

Since February 22nd of last year, Danny has been working on a project which requires him to make a piece of art every day for 365 days. “The inspiration behind the vast majority of the work has been different experiences in my day to day life. Over the summer I started taking sunday day trips with several amazing people that in turn made me start drawing and taking photos based on Pittsburgh and the surrounding area,” Devine says.

As a result, his friend Dave Bartek from Blasfome approached him about doing an art show at the store. The pair agreed a PGH-focused show would be best. “For me, the creative process of this show has been to display what I see and how I feel about living my life as a Pittsburgher. For a long time I kicked around the idea of moving somewhere else to work to see what was out there. Now, more than ever I see the city I love as the best place I can make art and be a creative individual. The constant exploration and documentation of forgotten places and the ever present post-industrial atmosphere makes Pittsburgh the place for me and as of late, my artistic muse.”

As for future projects, Danny’s cumulative Draw 365 show will be held at Gallery 4 in Shadyside and opens March 31st. He will be showing roughly 400 pieces, the largest exhibit he’s ever done. He’s also set to do another solo show later this year. “I am honored to be able to work with people that give artists like myself such a wonderful opportunity,” says Devine. “I’ve done a lot of shows around town, but for a long time focused on murals and commission work and have not had a solo show since 2008. I think the show will be a great fit and can only hope it sees the same level of success of the Time Bomb street art shows I was able to participate in.”

Heaven With The Lid Off is supported by Iron City Sound and features music from our homies Mr. Owl and Keebs.

The Art Festival on Walnut Street 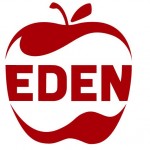