Hello, friends! We’re in the middle of a rager of a weekend and gearing up for tonight’s Dirty Ball. We just went shopping, picked out some new fancy outfits, and are ready to rock and roll. Last night we attended Glass Harp at The Rex, and well, let’s just say we were probably the youngest broads there. The band is fronted by Phil Keaggy, who is apparently one of the top 100 guitarists in the world. He was quite impressive. It was a mellow vibe and most of the folks there weren’t in much of a party mood, but their spirits were high and they were ready to hear some amazing music.

Glass Harp has been around since the seventies. Your parents probably listened to them. It’s definitely music you mellow out to, if you get my drift. An older man came up to me at some point in the night and said, “Man, this would be so much better if I could light up a doob right now.” I got the impression that’s just what many of them did before arriving to the show. Highlights of the night included an amazing performance of the band’s classic song, “Salvation Army Man,” as well as a few encounters with Phil himself. We were embarrassingly unfamiliar with the man. One of my friends went up to him, introduced herself and called him the wrong name. Halfway into the show she proceeded to ask, “Who’s this chick singing?” when it clearly was Phil. We also met a crazy guy who mixed sugar free Red Bull with his jack and cokes. He was really sweaty. And odd. All in all we had a good time hanging with the older folk. They certainly didn’t mind our presence.

It’s gonna be a long one tonight, so I’ll cut this short. Stay tuned for a full recap of tonight’s shenanigans at the Dirty Ball and the VIA event at Istanbul. We couldn’t be more pumped! 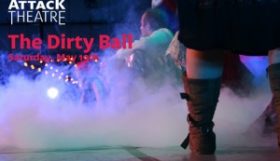 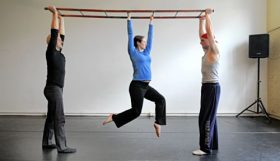